Since early childhood, I admired the courage and character of the World War One flying ace Manfred von Richthofen, better known as “the Red Baron.” So when I painted my ten-speed bicycle in the early 1980s, I chose red as the color. 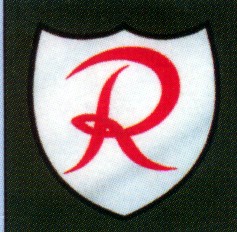 Ten years later, when it was time to choose a name and logo for the rock and roll band I started, the insignia for the World War II German fighter group JG 2 (Jagdgeschwader 2 “Richthofen”) was a major influence.

I named the band “R Band” (a pun on “our” band), and chose a big red “R” on a white background with the word “BAND” in smaller black letters beneath it. 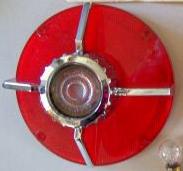 Another major part of my life has been my involvement with a 1965 Ford Falcon Ranchero. My father bought it in the early 1970s, and I have been driving it for thirty years now (1977-2007).

In a university class on Native Americans during Fall semester, 2001, I learned that a quartered circle is the “base metaphor” for the Mescalero Apache people. It is basically a symbol of the universe, and everything can be derived from this symbol. This is the subject of my essay It's the same thing.

Claire R. Farrer goes into some detail about the base metaphor of the Mescalero Apache in her excellent book Living Life's Circle (University of New Mexico Press, 1991). My take on this is that many people of many cultures have an awareness of the interconnectedness of reality. I am reminded of Indra's net in Buddhism.

It turns out that the Schwinn logo for the 1977 Schwinn Sportabout I've been riding since the early 1980s is also a quartered circle. The photograph at left shows such a logo on a 1978 Schwinn Varsity.

Here is the insignia of NATO, a star. Notice the resemblance of this insignia to a quartered circle.

The insignia for JG 71, the new Jagdgeschwader 71 “Richthofen” of the modern German Luftwaffe (post World War II), has the NATO star behind the red R.

Now check out another Schwinn logo, from a time after the manufacture of my bicycle.

The tail lights of my Ford Falcon and the Schwinn logo for my ten-speed bicycle both have the quartered circle that is the base metaphor of the Mescalero Apache, in other words, a map of the universe. The newer Schwinn logo has a star in it that resembles the NATO star. The NATO star is also in the background of the insignia for the newer Richthofen Geschwader. The Richthofen Geschwader insignia influenced the choice of name and logo for the band I formed in the early 1990s.

So my favorite hero since childhood, the bicycle I've been riding the past twenty-five years, the car I've been driving the past thirty years, and the name of the rock and roll band I started seventeen years ago are all mysteriously tied together somehow by an ancient symbol for the universe.

What does all this mean? Other than the fact that like other humans I am good at pattern recognition, these coincidences probably don't mean a damn thing. LOL