Bryan met Fred at a computer school back in the late 1980s and introduced me to him. We first started jamming regularly in Fairfield twice a week, then in Rodeo at Fred's house once a week or so for a couple of years. Fred has been playing drums since childhood, and he is very talented. He is very likeable, and when he gets out from behind the drums with a microphone in his hands, he can really get the audience going.

Fred and I trade off lead vocals in some songs, and also provide background vocals for each other. He has written some outstanding lyrics too. Child of Love, Make it Good, and Did I Hear Your Voice? are three examples. Fred's drumming adds spice to all our songs. 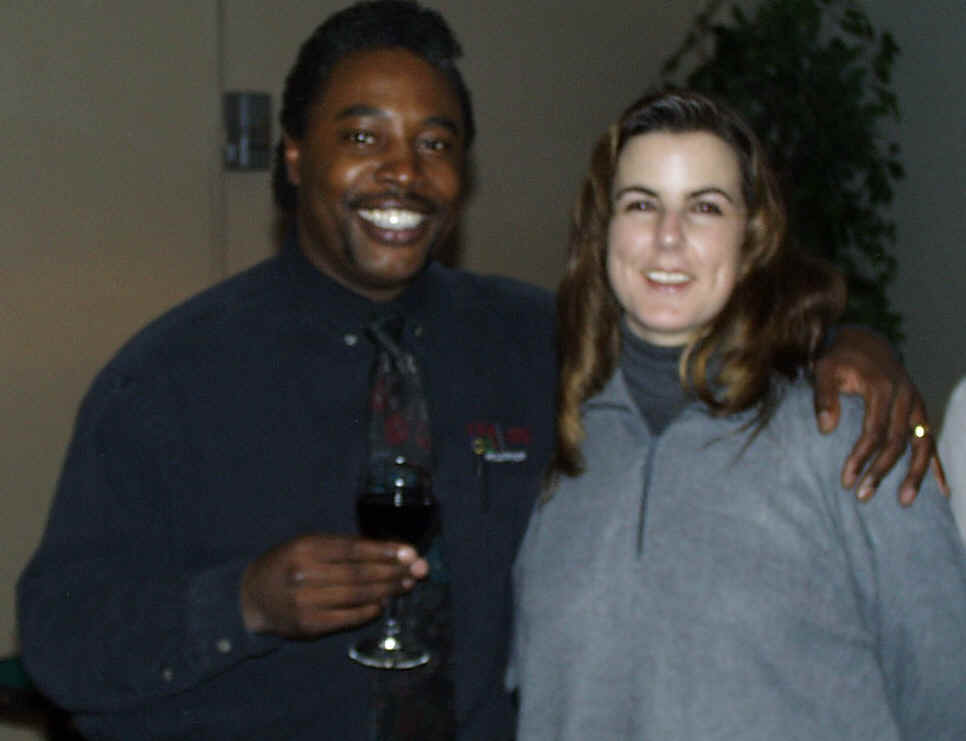 Fred started playing music during his grammar school days, at Hillcrest Elementary, Rodeo, California. In 1971, as a fifth grader, he was selected to play the trombone.

The following year he began to play the snare drum and saxophone. Fred continued to play drums throughout his school days. His most memorable days as a student of music were the High School days as a member of the award winning John Swett Sugar City Super Band! The marching band toured all over California.

While in high school, Fred played drums with an ensemble that included his music teacher (Terry Valentine) and two of Terry's friends. They played private parties, weddings, and birthdays on the San Francisco peninsula.

Fred continued to study music after high school at Contra Costa Jr. college. Since that time he has played with many musicians and several different styles of music. This is his 25th anniversary as a musician.