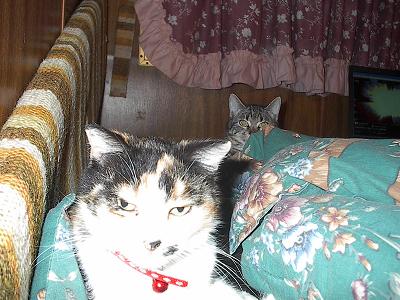 Luna in the shadow of Caldecat 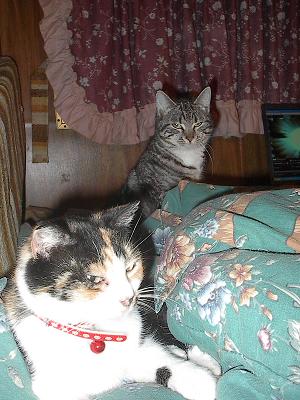 When we got Luna as a kitten in the Fall of 2006, we thought we would soon be renting where we were staying. Our having more than one pet each was not an issue with that property owner. We didn't find out until mid-April 2007 that it would not be possible to rent there for various reasons.

Caldecat usually swatted Luna to teach Luna who was the senior kitty, but there were several times in the Spring of 2007 when I rejoiced to see Caldecat and Luna playing with each other. They played tag and hunted each other. It was great to see Caldecat acting like a kitten again. 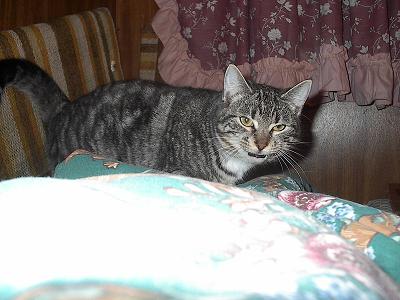 Here is a full Luna

We moved into our new house one week after Caldecat died. Instead of finding new homes for both Milo (orange male tabby not on this page) and Luna, we found Milo a new home where we can visit him and I took Luna as my pet instead of Caldecat.

Caldecat was born in 1999 and is gone. Luna, born in 2006 (this century), is with me now. To paraphrase the January 20, 1961 Inaugural Address of the late President John F. Kennedy: “the torch has been passed to a new generation of AmeriCATS ― born in this century…”