This bicycle is apparently a stock Schwinn Sportabout, in contrast to mine which had some differences from the defining specs. I found this bicycle on eBay in early August 2003. I was going to buy it until I was told it has a 24″ frame (the tallest men's size). I wouldn't be able to ride it!

The seller claimed this was a 1976 Sportabout. As far as I know 1977 was the first model year for the Sportabout, but the first production models were made in late fall of the 1976 calendar year. My Sportabout, for example, dates from October 27, 1976. 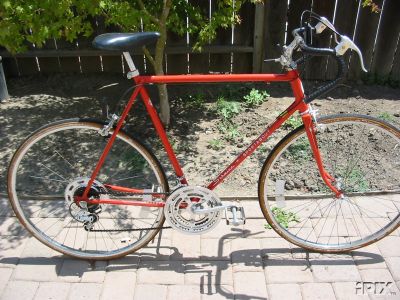 The first picture from the eBay ad. Notice the shift levers, correct for this model. 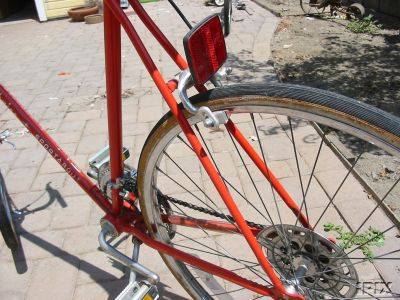 This bicycle has the correct style of pedals too, compared to my bike that doesn't. 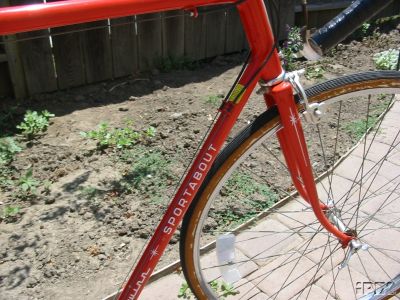 This is clearly a Sportabout, no doubt about it. Note the painted tubular fork.